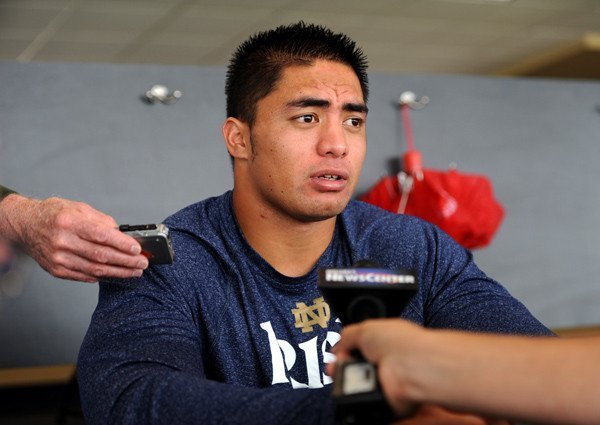 “The Grooveyard” will honor Notre Dame quarterback Manti Te’o and the memory of his real/fake dead/never living girlfriend Lennay Kukua on Valentines Day by playing your love song dedications for real and fake significant others, both living and dead.  Feel free to request songs from 1963 or earlier in honor/memory of your favorite girlfriends, boyfriends, wives and husbands–whether current or exes, and living, fantasy.or real but you wish was fake–by using the form below.  (Dedications will not be posted online.)  We’ll play as many of the dedications as possible on our Valentines Day show, February 14 at 9 PM on WCWP-FM.  Scott Perschke will play as many post-1964 dedications as possible on “The Rock Show”  7-9 PM on Valentines Day.

(NOTE:  Rhianna, Savannah Guthrie and Sarah Shahi are off-limits since they are already claimed as fake girlfriends by Alan Seltzer, the host of “The Grooveyard”.)

“The Grooveyard” and “The Rock Show” can both be heard on 88.1 FM on Long Island, the 88.1 FM link on wcwp.org or the TuneIn app on your SmartPhone.  You can also follow us on Twitter @GrooveyardWCWP.

…Where Oldies (and not significant others) Come Alive!