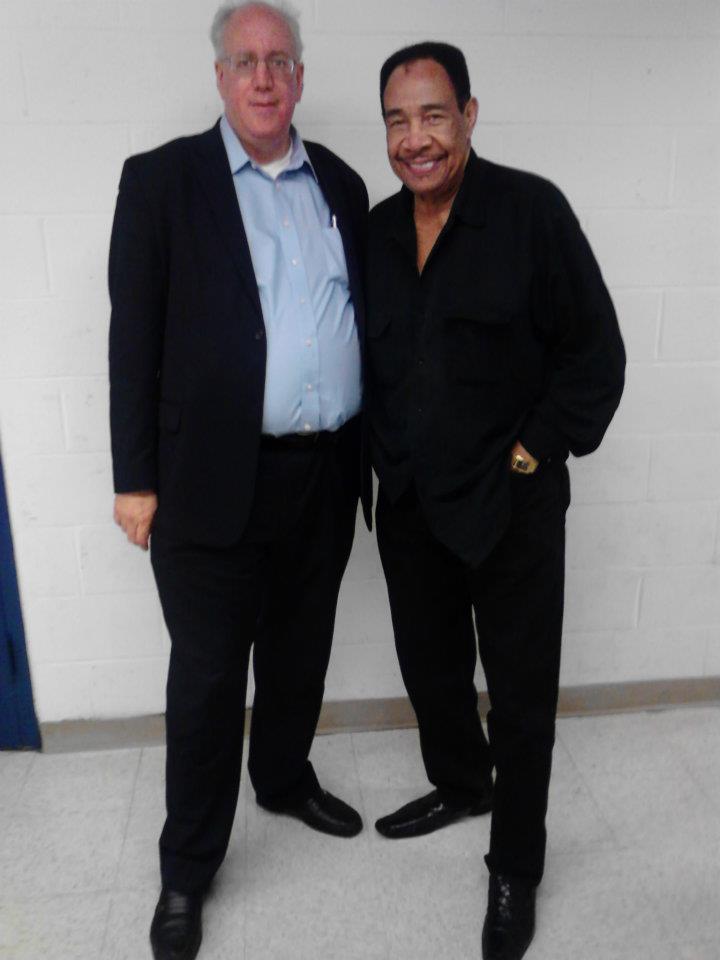 Alan Seltzer begins his second year as the host of “The Grooveyard” Thursday night at 9 PM by playing music by performers at “An Evening With the Stars of Doo-Wop”, a live concert at Tilles Center of LIU Post this coming Saturday.  The show will feature Kenny Vance and the Planotones, The Duprees, Emil Stuccio and the Classics, Freddy Cannon, The Fireflies, Lewis Lymon and Teresa McClean.

Alan officially assumed hosting duties of “The Grooveyard” May 2, 2012, following in the footsteps of Artie Argyle and Jett Lightning.  He is responsible for adding the popular “Top Ten @ 10” feature, plus this website and a Twitter feed.  He also began a video version of the Top Ten, which is posted on the website immediately after the conclusion of the survey on the radio show.  This week’s Top Ten @ Ten will feature the top hits of May 2, 1957.  Alan will also play music by artists who have been interviewed on the show, including Gene Chandler (above with Alan at last year’s Evening with the Stars of Doo-Wop).

“The Grooveyard” can be heard on 88.1 FM on Long Island, the 88.1 FM link on wcwp.org or the TuneIn app on your SmartPhone.  Feel free to send song requests, comments and suggestions via Twitter or the form below.

Happy 9th Anniversary to The Grooveyard!