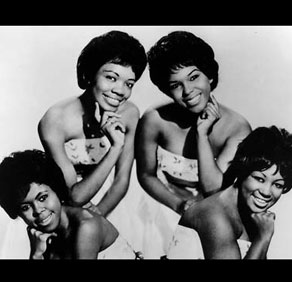 Host Alan Seltzer will preview Saturday’s Doo Wop Extravaganza concert at the NYCB Theatre at Westbury on Thursday’s edition of “The Grooveyard”.  We’ll give away a pair of tickets to the concert, and feature music by the performers:  The Duprees, Shirley Alston Reeves of the Shirelles, Jay Seigel’s Tokens, Johnny Tillotson, Emil Stucchio and The Classics, The Dubs, The Chimes and The Excellents.  We’ll also offer a lot of holiday music, and the Top Ten @ 10 will feature the hits of December 12, 1963.

Voting continues now through December 19th for the final round of the “Grooveyard Greats” listener surveys. The top vote-getters from the first round surveys advanced to the finals.  You can choose your 15 favorite songs of the first round winners here once a day.  Updates on voting are available via Twitter.

A quick note about next week:  “The Grooveyard” will air immediately following a radio play adaptation of Charles Di

ckens’ “A Christmas Carol”.  Admission is free to the live performance, which takes place at 8 PM on December 19th at the Hillwood Cinema at LIU Post.  A donation will be requested for Long Island Cares, The Harry Chapin Food Bank.

“The Grooveyard” can be heard on 88.1 FM on Long Island, the 88.1 FM link on wcwp.org or the TuneIn app on your SmartPhone.  Feel free to send song requests, comments and suggestions via Twitter or our comments and dedications pages.

Facts and Trivia: The Day The Music Died