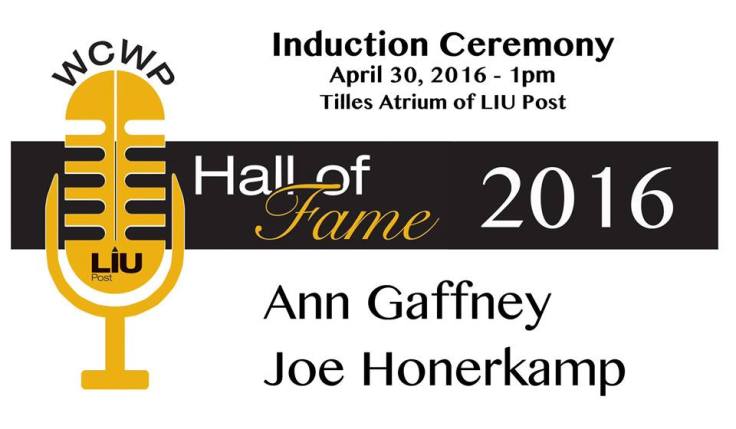 The annual WCWP ceremony honors individuals who were influential in the station’s 51-year history serving LIU Post.  This year’s inductees are Joe Honerkamp, who had a long career as an engineer on various radio and television shows, and long-time station secretary Ann Gaffney.  Host Alan Seltzer will honor them on “The Grooveyard” with songs by a wide variety of Rock and Roll Hall of Fame Artists that were influential in the Grooveyard era.

Listen to “The Grooveyard” each Saturday night at 7 PM on 88.1 FM on Long Island or by clicking the 88.1 FM link on wcwp.org or via the TuneIn app.   You can also follow us on Twitter.