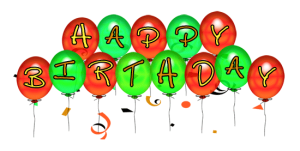 Join host Alan Seltzer on “The Grooveyard” Saturday night at 7 PM when we feature artists celebrating birthdays this month.  We’ll feature a six-pack of hits by Freddy Cannon, whose birthday was on December 4th.

In addition, the Grooveyard Top 10 will feature the hits of December 10, 1958, we’ll play holiday hits and other favorites during the Grooveyard Party hour and update the voting for our Grooveyard Great 88 polls.

Listen to “The Grooveyard” following “Rick’s Redneck Ranch” each Saturday night at 7 PM on 88.1 FM on Long Island or by clicking the 88.1 FM link on wcwp.org or via the TuneIn app.   You can also follow us on Twitter.