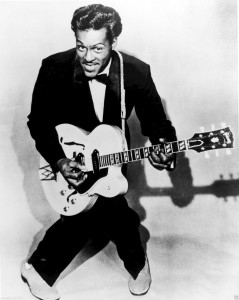 While host Alan Seltzer takes the weekend off, we’ll repeat a March broadcast featuring a special Grooveyard Top Ten paying tribute to “The Father of Rock and Roll”, Chuck Berry.   Along with his to-selling songs and bonus hits, some “Under the Cover” features with versions of Chuck Berry songs as performed by other artists are included.    The video edition of the Top Ten is also available, and features his appearance with John Lennon and Yoko Ono on the Mike Douglas Show and a lengthy interview with Johnny Carson on The Tonight Show.  A celebration of March birthdays features a six-pack of songs by Neil Sedaka.

Doing Your Makeup Vintage: Blush Like The Rosy 50’s