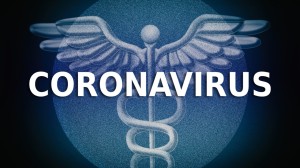 To my loyal listeners,

Seeing many posts and emails about where groups and individuals stand on taking time off due to COVID19, also known as Coronavirus, I decided our listeners deserve to know exactly what to expect from me and The Grooveyard.
After someone on our station’s LIU Post campus tested positive for the virus last week, our station manager sent an email stating that FM program hosts had the option of not doing their shows during the crisis.  Some hosts chose to take a temporary break, while others are continuing their shows.  For all of us, it’s a difficult personal decision, and I support and pray for my friends and colleagues who made choices in either direction.
Like the others, I gave this decision much thought.  In the end, my choice was based primarily on what I’ve heard from listeners over the phone and in emails during my almost nine years hosting the show.  Many of you have made comments indicating the show is much more than a bunch of old records that you could listen to on YouTube or another online source if we weren’t around.  We’ve become a source of joy, companionship, information and entertainment for many of you, and that is appreciated more than you know.  Suspending the show in the middle of a crisis like the current one would be like abandoning old friends.  Beyond that, I rarely see other staff members or other members of the LIU community who could be carriers, since the shows before and after The Grooveyard are typically pre-recorded.  Therefore, my personal risk is lower than most station staff.

On that basis, we will continue with The Grooveyard as long as possible during this crisis.  There’s three scenarios that may not be possible.

We’ve seen similar circumstances in the past, most notably when Hurricane Sandy eliminated access to the campus in the early days of the show.  Our website became a source of information during that crisis.  In the event the live shows are interrupted this time, the same thing will likely happen again.  At the same time, we are preparing a bank of repeat broadcasts for you to enjoy in a worst-case scenario forcing my absence.
Hopefully, this will pass and that planning will be a waste of my time beyond a couple of upcoming repeat shows that were scheduled before the crisis.  In that case, we’ll get together as usual next Saturday at 7 PM, when we’ll feature female artists and play lots of the greatest hits and forgotten favorites.
Thanks again for your support over the years.  Most important, stay healthy.
Alan
Advertisement