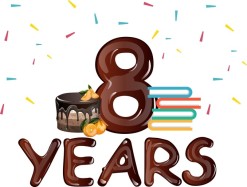 The Grooveyard returns with a new show this weekend after several weeks of repeats following the Covid-19 shutdown of the WCWP studios.  Join host Alan Seltzer as he belatedly celebrates his eighth anniversary as host of the show.

Alan became the official host of the show May 3, 2012, and has continued the tradition of the best oldies from before the British Invasion.  In that time, the show has become known for it’s varied playlist of both the greatest hits of the era, along with “forgotten favorites”.

Saturday’s prerecorded show will feature many of those favorites, plus a few recent songs by popular artists from the Grooveyard era that have been featured on the show the last five years.  Focusing on another of the show’s traditions, the evening’s Grooveyard Top Ten will feature the hits of June 13, 1958.  The Top Ten on the first show included the top songs from the days’ survey in the same year.

Listen to “The Grooveyard” following “Rick’s Redneck Ranch” each Saturday night at 7 PM on 88.1 FM on Long Island or by clicking the 88.1 FM link on wcwp.org, via the TuneIn app. or the  WCWP app on your iPhone or Android device.  You can also follow us on Twitter.

Searchin’ For the 50’s: Heartthrobs from Philly