Our columnist, Retro Dee, was forced to evacuate her home this week due to the Napa Wildfires in California.  We’re praying for her family’s safety, as well as her home.  Until she returns, we’ll share some classic columns.  This is from March 2018.

It’s rather clear that the 1950’s was the dawn of the Music Industry as most of us know it. Rock n Roll and Pop began in the 1950’s era. However, I’d feel kind of dumb naming off the music stars of the 1950’s, because there really isn’t a man, woman or child alive who hasn’t heard of Elvis Presley, Buddy Holly or Chuck Berry (to name a legendary few). To write a blog explaining who these people were is like teaching the Alphabet to pre-schoolers. It’s all redundant stuff that we’ve heard before from Day One.

Like the artists themselves, we have all heard of their Number One Hits: “Hound Dog”, “That’ll Be The Day”, “Johnny B. Goode” and so on… And in that case, it would also be redundant to discuss the songs that these legends produced. 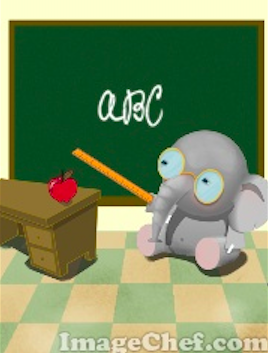 So that doesn’t leave me with much of a blog, does it?

Well, perhaps (I thought to myself) that instead of re-hashing all the biggest hits of the 1950’s, I could write about lesser-known tunes that were also popular back in the Golden Age of the Juke Box. The following songs might not be the ones that you’d frequently pay a dime to hear, but they were out there, all the same.

The first song that comes to mind is “Peggy Sue Got Married”. No, not the movie. The song.  In 2016, I bought a 3-CD set of The Very Best of Buddy Holly and The Crickets. You can imagine my surprise when I found out that the movie I remember seeing on video as a child was actually a song first.

The song was/is actually the A-Side of “Crying Waiting Hoping”. Of the two, “Crying Waiting Hoping” was what became another one of Buddy Holly’s most well-known hits. (You probably already knew that.) But, if you’re like me, and managed to live 30+ years without even knowing there was a song called “Peggy Sue Got Married”, go check it out. Like everything Buddy Holly wrote, it’s a true masterpiece and has a beautiful (albeit short) guitar riff.

Peggy Sue Got Married the movie starring Nicolas Cage and Kathleen Turner was a film released in 1986. I used to watch it on video with all the other “80s do 50s” movies. Ergo, I just assumed that they took the name Peggy Sue from the original song and added the “Got Married” for the title of the movie.  (The movie is cute, but it has nothing to do with the Peggy Sue Gerron and leaves much to be desired plot-wise… but I’m just digressing again.)

Speaking of girls’ names, you’ve probably heard of “Maybelline” (no, not the drug store make up brand) the song, by Chuck Berry. But ole Chuck had another song that I don’t believe is quite as well-known and that’s the up-beat rockin’ hit, “Carol”. “Carol” was released in 1958 on the B-Side of “Johnny B. Goode” which out-shined it. Still, “Carol” is a great song and another classic that’s just a tad less well-known than the other hits of the now late – but always legendary – Charles Edward Anderson Berry.

Then there’s our leather-wearing rebel Eddie Cochran. There are few songs as well-known to all ages as the famous hit “Summertime Blues.” But before about a year ago, I could not, for any amount of prize money, name another song by Eddie Cochran. Lately, however, I’ve been far more into Rockabilly than ever before. So now I know that like Buddy Holly, Eddie Cochran must have spent most of his very short life in a recording studio. He recorded at least 40 songs. Ones to check out are “C’mon Everybody” (which, I can imagine must have caused outrage among the conservative parents of the 1950’s), “Somethin’ Else” (written by Cochran’s fiancee, Sharon Sheeley) and “Nervous Breakdown”. They all have shades of “Summertime Blues” in them, but they are all uniquely Eddie Cochran and it’s no wonder that to this day he has such a strong following.

Next up is Jerry Lee Lewis who is known for the hit “Great Balls of Fire” and “Whole Lotta Shakin’ Goin’ On”.  But did you know that Mr. Lee Lewis recorded well over 60 songs? He was also part of the legendary “Million Dollar Quartet” who recorded at Sun Records in December 1956 and included Elvis Presley, Johnny Cash and Carl Perkins.

Which brings me to the next artist. Carl Perkins. As of only a few months ago, I had never heard of this man. I don’t know if it’s because I have only recently started my extensive study on Early Rock n Roll OR if it’s because Carl Perkins is, quite simply, the most under-rated musician of all time.

It started one day several months ago when I was listening to the “Malt Shop Favorites” channel on Direct TV. I heard “Blue Suede Shoes” playing, but it sounded different; I knew it wasn’t Elvis’ classic version.  I hit the info button and discovered that the artist was Carl Perkins. His song “Matchbox” is now one of my very favorites. And, after further research, I found out that Carl Perkins actually wrote “Blue Suede Shoes” and “Honey Don’t” — to name a few! Don’t get me wrong. I still like Elvis, and he is The King of Rock n Roll, but Carl Perkins is The King of Rockabilly.

But the question is why? Was there a shortage of song-writers? Or did they all just like the same songs and want to share with each other? Did they sit around and pick names out of a hat as to who got to record what? I honestly have no idea. Maybe it was just the normal protocol back in the Good Ole Days. But get one thing straight: I’m not complaining, only surmising. 🙂

There are many songs that I have never heard by my favorite artists that I’m discovering all the time. It’s exciting to find out new things about these fabulous songs called “oldies” – it keeps the excitement alive and fresh. By looking things up online, listening to great radio programs (such as The Grooveyard!) and purchasing CD compilations, I’m learning more about music all the time. And this is one class I don’t want to miss!

Voting is now open in the ninth annual Great 88 survey.  Pick your 10 favorite songs from 1956, 1958  and 1959 here daily.  A full first round schedule and additional information can be found here.  You can also find the results of earlier surveys in the Great 88 section.

Join us for the Greatest Hits and Forgotten Favorites on . . .

2 thoughts on “Music of the 50’s: Beyond the Biggest Hits”